null Between a Rock and a Hard Place
Market Observations

Between a Rock and a Hard Place

Chief Economist & Macro Strategist Vincent Reinhart details the difficult path forward for the Federal Reserve in the face of large-scale inflation and shocks to both global aggregate supply and demand amid the Russia invasion of Ukraine.

1.    The Russian invasion of Ukraine poses shocks both to global aggregate supply and aggregate demand.

2. The appropriate policy adjustment depends, however, on the joint consequences of the two shocks. A more significant hit to aggregate supply than to aggregate demand adds to cost pressures, posing opposing threats to a central bank’s goals of price stability and maximum employment.

3.    Russia has marginalized itself on the world economy over three decades, relies on major economies, and is only important among near neighbors. So, the supply effects are mostly about the composition of trade, especially Russian energy output that is almost entirely directed to one place—Europe.

4.    In addition, Russia and Ukraine are major suppliers of many agricultural commodities, including wheat, corn, and seed oils, which is especially problematic for vulnerable Emerging Market and Developing Economies (EMDEs). Post-pandemic, almost one-third of the global population lives with moderate-to-severe food insecurity. Food and energy price inflation worsens those strains on vulnerable households, as well as the budget position of many EMDEs that provide energy and food subsidies.  The combination foments popular unrest (remember Arab Spring).

5.    This is a further blow to global trade, which had already been set back by the Great Financial Crisis, the subsequent trade wars, and the pandemic. An impaired international market restricts supply and adds to costs.

6.    Inflation is large in scale (near 8 percent in the US), wide in scope (across goods and services in the consumer price index (CPI) basket, some of which have a lot of momentum), and shared by our trading partners globally (two-thirds of which have inflation above 5 percent). The public is worried about the pass-through of rising costs to prices and activity, probably more so than Federal Reserve (Fed) officials.

7.    If the current adverse shock is more akin to those before the modern era of policy making of the past thirty years, responding to it with modern-era gradualism follows an inappropriate precedent.

8.    Front-loading policy firming now is especially important because the group dynamics of the Federal Open Market Committee (FOMC) will get more complicated.

9.    We doubt Fed officials sufficiently share these concerns. As a result, our forecast is that Fed tightening will not return inflation to goal within the next two years. 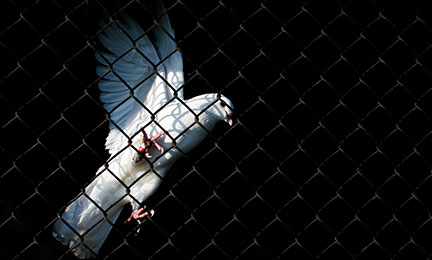 The Forgotten Secrets of the Hidden Temple