In a year where many civic norms have been upturned due to the pandemic, investors also inverted expectations and took comfort in a contested election in which the losing incumbent president refuses to concede, and control of the Senate remains unresolved until early next year. However the process of voting and counting votes mostly worked, and the probable result that Republicans retain control of the Senate rules out a lurching swing in the direction of the government. With the election in the rear-view mirror, financial volatility has deflated and market participants are generally drawn to risk taking. We believe this should continue as the world acclimates to a new president and the old one exits. The new normal is more normal.

Tremors in the United States

The next focus of market attention will be additional fiscal stimulus; a hope likely dashed in the interregnum. The lame-duck president is unlikely to ease his successor’s path to power, leaving stimulus legislation to be the first order of business for the new Congress. Such impetus is likely to be needed, in part because the tone of President-elect Joe Biden’s campaign toward the Trump administration’s handling of the pandemic makes it inevitable that the new federal government will immediately tighten mitigation efforts and inevitably slow economic momentum. Concerns raised over the pace of the economic rebound should cement the view that the Federal Reserve (Fed) will indefinitely pin the policy rate to its zero lower bound, keeping Treasury yields low or even send them lower in the short run.

In next year’s divided government, fiscal impetus is likely to be small in scope, copying the form but not the scale of March’s legislation and extending unemployment benefits and providing stimulus payments. After all, President-elect Biden will need support from the other side of the aisle for future legislative initiatives and nominations. Among those items will be more encompassing spending and taxing measures of a more limited sort than bruited during the campaign. Similarly constrained will be nominations, especially to the Judiciary, sent to the Hill by the White House, raising the hackles of more progressive members of the House. Given that President-elect Biden is viewed as a one-term president, the Senate may also prove rambunctious as members on both sides of the aisle pursue personal ambitions. Thus, a divided Congress could be more troublesome for President-elect Biden than would have been for a second-term President Trump. As a result, we expect the new administration will rely on other levers of power.

The president-elect has considerable freedom with executive action, which will swing the pendulum back toward restrictions on finance, education, and the exploration, extraction, and transportation of energy and fossil fuels. Given prevailing sentiment, the technology and pharmaceutical sectors should similarly be objects of intervention. This should be reinforced as the new leadership picks Biden appointees for key federal agencies. As a result, security selection in portfolio composition is paramount as there will be winners and losers across sectors and individual firms based on presidential diktat and the inclinations of the new heads of federal agencies.

We believe the Biden administration will be more multilateral in its approach toward trading partners and inclined toward reanimating the US’s role in international agencies, which could have the paradoxical effect of lessening the safe-haven luster of US dollar assets. This gives freer rein to domestic forces of depreciation—namely tolerance of budget deficits, government debt and monetary accommodation—to push nominal Treasury yields higher and weaken the currency.

The nation’s relationship with the second-largest economy in the world is particularly charged. President Trump lighted smoldering concerns about China’s protection of intellectual property rights, access to markets and ambitions in the South China Sea, which have been intensified by President Xi’s accretion of power. Once lit, those worries cannot easily be put out. With the Biden administration likely to focus more on human rights and working standards, dealing with China could prove especially problematic. While incidental Trump-era tariffs are expected to be rolled back—such as those on steel, aluminum and washing machines levied mostly on our trading partners—those on China will linger as bargaining chips. This bargaining is more likely to be done at the multinational level, as foreign policy will be much more welcoming to traditional partners than the Trump go-it-alone style. China is most likely to accede to the changed relationship, pivoting inward as its domestic economy enjoys the heft necessary to sustain growth. This environment favors continued opening of domestic markets and a gradual, moderated appreciation of the yuan.

European leaders will no doubt welcome a change in regime and increased consultation with the US but will be disappointed to find themselves low on the president-elect’s list of priorities. The slow rebound from pandemic-related economic dislocations combined with mostly elevated debt burdens means that Europe does not bring many chips to the diplomatic table.

The official best positioned by the election result is Federal Reserve Chair Jay Powell. No doubt, his stated desire to keep the policy rate low and to purchase government securities for as long as possible aligns well with the new administration’s interests. He has also curried favor on Capitol Hill more effectively than any of this predecessors and positioned the Fed’s conversation about the setting of policy toward social inclusiveness. However fitting the incumbent may be to the president-elect’s needs, however, the job of Fed chair is too prized an opportunity not to award to a loyal advisor. Except at this juncture, Fed Chair Jay Powell’s good standing on Capitol Hill implies that there would be some political cost to change at a time when the president-elect is concerned about managing a divided government. In such circumstances, loyalty takes a back seat, granting likely Jay Powell four more years. 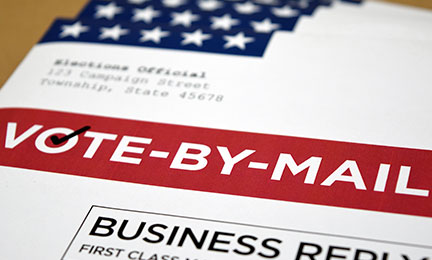