The finance ministers and central bank governors of the Group of Seven held a video conference the morning of March 3. Few of them had the room or the flexibility to provide policy stimulus, so their statement provided the underwhelming reassurance that they “…are closely monitoring the spread of the coronavirus…”

One of the fourteen had room and flexibility, and he, Federal Reserve Chair Jay Powell, went back to his office and used it. The Federal Open Market Committee (FOMC) announced, “The coronavirus poses evolving risks to economic activity. In light of these risks and in support of achieving its maximum employment and price stability goals, the Federal Open Market Committee decided today to lower the target range for the federal funds rate by a half percentage point, to 1 to 1 1/4 percent.” The FOMC ended the statement with the same promise Powell offered in his unscheduled statement last Friday that it “…will use our tools and act as appropriate to support the economy.”

Ending the statement on the same point from Friday that foreshadowed a 50-basis-points cut on Tuesday rightly leads markets to price in another same-sized move at the upcoming FOMC meeting on March 18. They might do less but their policy reaction function is indistinct right now. Recognize that the political calendar makes it extremely unlikely the moves would be reversed this year, despite the Fed Chair’s protestations. That is, the Fed most likely owns at least a one-percentage point lower funds rate this year.

I am at a loss to justify a sustained and substantial lowering of the policy rate begun two weeks before a regularly scheduled meeting and in the shadow of a politicized G-7 conference call.

The Fed should also be concerned about the efficacy of its action. A central bank does not make extra output, it borrows it from the future by moving the funds rate below its equilibrium and from its trading partners by depreciating its currency. As for the former, the implicit (albeit confusing) Fed rationale seems to suggest that the equilibrium real rate moved down at least as much as the actual one. As for the latter, Powell hinted that his colleague central bankers would also ease—limiting the scope for the dollar to depreciate. As of now, other central banks have not followed through and Powell is the nail that sticks out.

For a time, a series of unfortunate events should break the Fed’s way. As the infection spreads around the world, the news on confirmed cases and fatalities will be grim, even as cases top off in China. We are also entering the time frame in which data should roll over from the disruption in economic activity, the downward leg of the “v”. The problem posed for Powell is precedent. The Fed owns the “Powell Put” and any downdraft in equity prices will be mirrored in expectations for the policy rate, with all the implied worsening of moral hazard. The upward leg of the “v” will show policy to be mispositioned, leading to awkward questions about his original motivation. 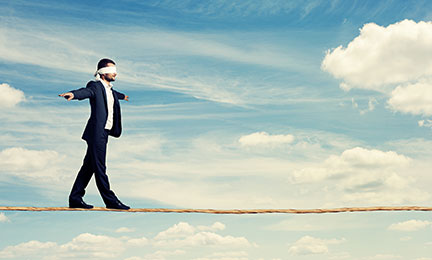